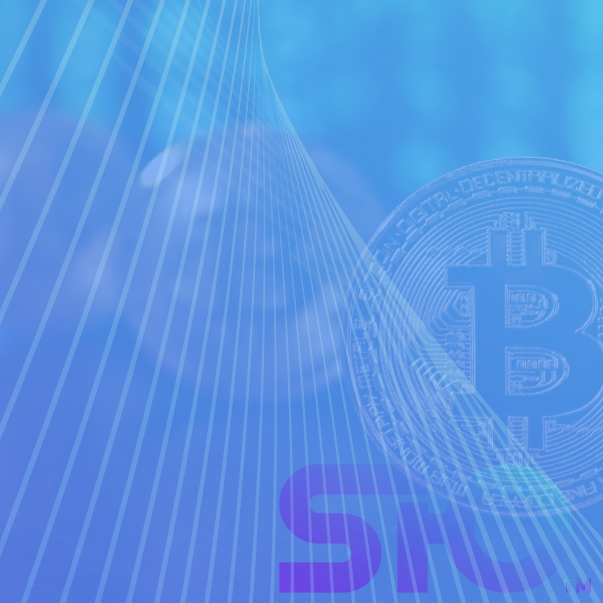 What is so revolutionary about bitcoin?

SIO is challenging what is so revolutionary about Bitcoin? If all you are looking at is the price of bitcoins, or being caught up in the FOMO and news headlines about cryptocurrency crashes, you will miss the point. It is not the currency, but the underlying Bitcoin technology that is truly transformative. It is a platform that can transform not only money, but all of finance.

Bitcoin and Bitcoin applications will supplant payments from banks and money transfer operators such as Western Union, in the same way that the Internet and email supplanted snail mail from post offices. The Internet brought about a tidal wave of disintermediation that ended many traditional companies. Large publishing houses and music and movie companies had to deal with information, content, music and movies being shared freely between peers on the Internet. Bitcoin will have a similar impact.

Therefore, what is so revolutionary about Bitcoin?

Banks have not had any meaningful competition for centuries. Until now. For example, with Bitcoin technology, you can ‘move’ any amount of money offshore without contravening any regulation pertaining to foreign exchange in your country. Bitcoin is a transnational, borderless and global currency that does not fall under the purview of any legal framework related to money today.

…with Bitcoin technology, you can ‘move’ any amount of money offshore without contravening any regulation pertaining to foreign exchange in your country.

Before reading ahead, here is an excellent video about why Bitcoin is so revolutionary.

Bitcoin (Bitcoin (upper case ‘B’) for the network, and bitcoin (lower case ‘b’) for the currency) introduced a system of payments and money with unique properties the world has never seen before. It is a system that:

Bitcoin vs. the banks

The introduction of Bitcoin in 2009 ushered in a new era for us. Until Bitcoin, we have never had a trusted payment system that did not require an overarching authority or some kind of oversight. Bitcoin is not a version of payments that we already are familiar with (PayPal, Zapper, etc.), or a payment system that is built on top of existing legacy payment infrastructures. It is a system that uses cryptography (hence the term cryptocurrency) and other methods to create the trust that would normally be provided by some trusted entity such as PayPal, Visa, or your bank.

The system allows you to send bitcoins to anyone without knowing them or anyone else on the network, and without having to trust anyone participating in the network. This is because the system and the mathematical rules will guarantee (once the network is big and decentralized enough) that the currency, if you receive it, is real, not counterfeited, and usable for another payment.

… there are roughly 2 billion unbanked adults in the world today because it is not possible for costly banks to profitably offer banking services to everyone.

Prior to Bitcoin, trusted third parties or intermediaries (banks, central banks, or card companies) were needed to track and reconcile payments to ensure the legitimacy of money transfers. This system of money works well, but the banks have the ability or the right to:

Some savvy consumers find fault with all this because from their perspective, they can exchange cash without identification and without transaction fees. With cash, money exchanges hands between people, peer-to-peer. But with electronic payments, money goes through a number of institutions (each taking a fee) before reaching the recipient. Not with Bitcoin. Bitcoin is peer-to-peer. A digital form of cash so to speak. No intermediary required.

For most people in a ‘well-functioning’ economy, our banking system appears to work well and Bitcoin is unnecessary or even rubbish. But there are roughly 2 billion unbanked adults in the world today because it is not possible for costly banks to profitably offer banking services to everyone. Our paradigm of privilege has blunted our understanding of how banking systems, even in ‘well-functioning’ economies, gradually erode consumers’ wealth, reduce the buying power of their money, and facilitate wasteful government expenditure and banking profligacy with impunity.

Bitcoin technology, therefore, should not be relegated to the niche fringes of struggling economies that are experiencing hyperinflation. The technology has a place in all economies and can unassailably address or circumvent the limitations of traditional banking systems and fiat money. Bitcoin is unstoppable. The technology will very likely continue to mature, and solutions such as those being developed by SioTech World will make conventional offerings look absurd and irrational.

Just as the introduction of the internet allowed the previously-restricted free flow of content, which we today see as normal, today’s younger generation and future generations will see payment freedom as normal. The idea of not being able to send money to anyone in the world, or having to go through the hassle of converting currencies, or having to open a bank account (which can take up to an hour, and a few days for your personalized card to be delivered) will seem bizarre.

Bitcoin vs. the banks

Bitcoin does challenge our most fundamental notions of money. Money, which is so pervasive, entrenched, and fundamental to society is not something most people spend a lot of time thinking about. In general, we don’t often pause to consider what gives value to money or the difference between fiat money and representative money. Why do some believe Bitcoin will be a superior form of money? Why do some Nobel prize winners, economists, and central bankers dismiss Bitcoin as fake and useless as a form of money?

What makes something money? What gives money value? Is it the number printed on the currency note? Is it the belief that central banks hold the equivalent value of gold that backs the currency (which has not been true since the 1930s)? Is it the belief that your government guarantees the value of the notes? What happens to this belief when for example Venezuela’s inflation reached an all-time high of 82,766 percent in July of 2018? Or when hyperinflation in Zimbabwe reached an estimated at 79,600,000,000% per month in mid-November 2008? Or when the Indian Prime Minister declared the 500 and 1000 rupee notes as worthless towards the end of 2016?

Money is anything that people are willing to use in order to systematically represent the value of things to enable the exchange of goods and services. Historically, money took all kinds of forms such as Cowry shells that were used to conduct trade around Africa and Asia. Money also took the form of coins, starting with the Lydians of ancient Greece around 600BC. But coins needed to be forged were heavy and took up space, which leads to the emergence of paper money.

What makes something money is the belief society has that it has value and that it will be accepted for economic exchange. It is the belief that if you purchase a good with this thing called money, that your money will be accepted and your good will be provided. Our society has agreed to and collectively believe that our banknotes have value. For something to be regarded as a reliable form of money, it needs to have particular properties. For example, it needs to be durable and resilient. Leaves would be a terrible form of money. It also needs to be scarce. Seashells cannot be used as a form of money for societies on the coast.

What is so revolutionary about Bitcoin?

Bitcoin as a potential form of money

Today, bitcoin prices fluctuate way too much for it to be used as a form of money. Instead, it is used as a speculative investment and trading vehicle for people to create wealth in the traditional fiat money paradigm. The mentality is still one of creating more Rands or Dollars because that is the currency used to buy things, not bitcoins. So why do some believe that bitcoins will be superior to fiat money in the future? These are some of the interesting arguments:

In the crypto world, Bitcoin is currently viewed as the leading cryptocurrency that will eventually become a mainstream form of money. The view is that the current dominance of fiat money is based solely on the momentum of tradition and will wane with time.

It is true that if something is to be considered a form of money, that its perceived value needs to be stable and reliable. Society needs to have certainty about its value from hour to hour, day to day, or even year to year. Without this, you cannot price products in this form of money. Nor can you negotiate contracts or borrow and lend against it. While the volatility of bitcoins has reduced over time, it is still too volatile for widespread adoption as a form of money.

Another fallacious concern is that Bitcoin can be forked to create other cryptocurrencies, potentially creating an unlimited supply of cryptocurrencies that will eventually reduce their value to zero. On the surface, these are good arguments, and would certainly appeal to most people’s intuition. But…

Once you understand the fundamentals of Bitcoin and other cryptocurrencies, you will realize that forking is not an issue. One can fork Bitcoin and create a derivative blockchain and cryptocurrency, but this new currency is not bitcoin. Bitcoin is more than money. It is an entire network, made of the infrastructure, the miners, the wallets, and all the other institutions building solutions on it. You cannot copy this network. You cannot copy the long track-record, security, and credibility it has achieved. And you cannot copy its brand. Bitcoin scarcity remains intact.

Here is another video, showing a lively debate between Peter Schiff, an Austrian economist, and Erik Voorhees, a crypto-enthusiast. Check out their perspectives as to whether Bitcoin, Fiat, or Gold is the superior form of money and how they challenge what is so revolutionary about bitcoin itself!